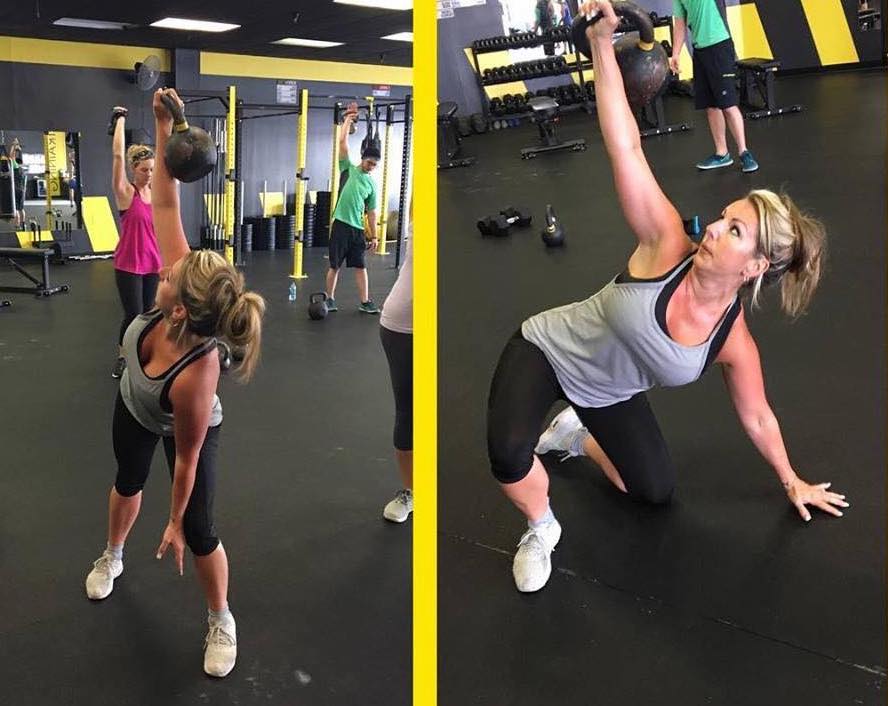 I'm Jackie, Brandon's wife. We've been married for 13 awesome years (together for 14). When I first met Brandon when we lived in Denver, he had many years of personal training under his belt. I honestly told him, that I had never set foot inside of a gym and wouldn't know the first thing to do if I had to. I started working out with him when he got the bug to compete in bodybuilding again. He'd done it before but really wanted to get back into it in 2006. Day after day, week after week, I would go to the gym with him and watch his posing practices, while learning a TON about how the body works, how to train, eat, etc. I quickly became involved; I was so fascinated being able to watch him along with a group of his peers (men bodybuilding and women getting ready for figure competitions), that I got the bug.

In 2007 I had met with, worked side by side with, was coached and trained by some of the best (including Brandon) in the world of bodybuilding and figure. That year I stepped on stage for the first time at an NPC (National Physique Committee) show held in Denver and won 1st place in my catagory! That allowed me to compete as a national level figure competitor, not just state level. I took the next 2 years to prep and in 2009, I competed in Charleston, South Carolina at the NPC Jr. USA's where I placed in the top 10. Not bad for my second show.

While that was all fun and I can say ... "Did that, got a trophy", I learned THAT is not a lifestyle that you can sustain. With Brandon's guidance and vision, we wanted to create a program that people would learn healthy habits that are sustainable. Turns out, you can get in great shape and be healthy all the while, not giving up everything you love! It's all about balance. So that's our goal.. Help you create a balance in a supportive, non-judgemental, fun and welcoming environment.

A little about me: I was born and raised in Binghamton, NY. I moved to Denver right after I completed my Associates Degree in Nursing in 2002. I went on to work my way into leadership and in 2009, I graduated with a Masters in Nursing/Business Administration and Healthcare Mangement. We moved to Fort Smith in 2010 when I was offered a leadership position at Mercy. In 2014, Brandon started making his dream a reality by starting the process of opening up his own facility. By July of 2016, I was able to step out of the hospital and work with BodyTailors full-time.

You'll see me training here and there. I do enjoy it, but I handle all of the business operations, marketing and accounting for BodyTailors so my training time is limited. I also enjoy volunteering at my childrens school. We have two beautiful daughters Tabor (9) and Tegan (6). My mother just recently came to live with us from her home in Binghamton, NY last year after having suffered a stroke. Thankfully the residual effects weren't as bad as they could have been but enough that she needs help here and there. We are just thankful she's still with us.

We love Fort Smith and the ability to give something back to the community. We've met a LOT of wonderful people, have made lifelong friends and helped transform lives.

I look forward to meeting you and the opportunity to help you in your fitness journey as well!